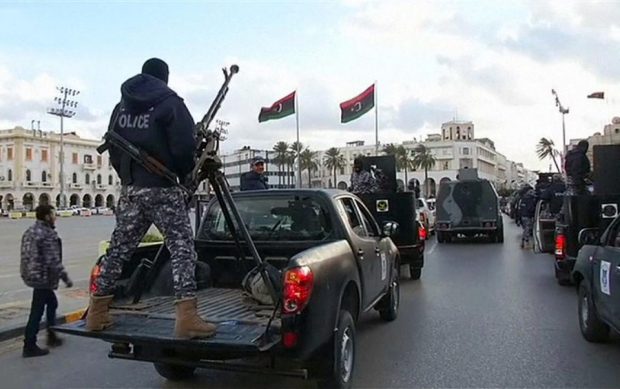 The Presidential Council (PC) of the UN-backed Government of National Accord (GNA) has condemned the shooting incident that took place at Tripoli Martyrs Square on Friday.

The PC said that shooting at demonstrations is an act that violates the international and local laws and conventions.

“Speech freedom is guaranteed for all Libyans as long as it is peaceful.” The PC added in the statement.

It also said that it is working on a plan to get all the illegitimate armed groups out of the capital as per the Libyan Political Agreement that was signed in Skhirat resort, Morocco, on December 17, 2015.

“We call on the Attorney General’s Office to open a transparent investigation into the shooting of Friday at the demonstration.” The PC’s statement added.

A number of protesters took to Tripoli’s Martyrs Square on Friday evening calling for the intervention of Operation Dignity in Tripoli and sneaking into an already-held demonstration at the square calling for calm in the capital.

According to videos posted online, unknown groups opened fire at the protesters in the square and dispersed them.

The sources did not say if anybody was killed or injured in the protest.

The sources added that the protesters also held slogans urging Khalifa Haftar to bring his so-called army to stabilise the capital. 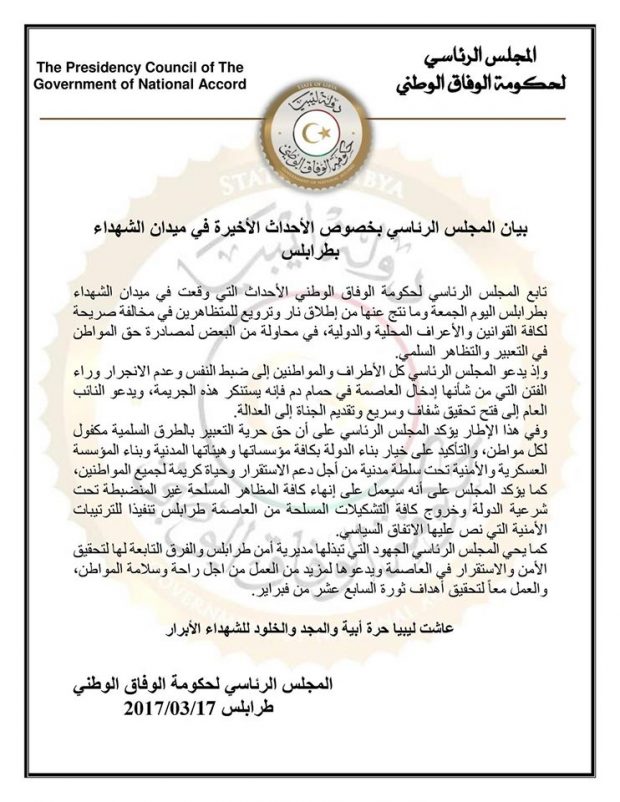