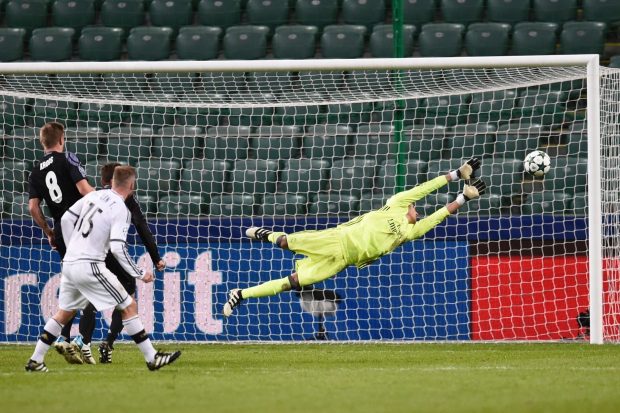 Real Madrid stumbled to an embarrassing 3-3 draw away at minnows Legia Warsaw and what’s more, Cristiano Ronaldo was involved in another incident where he committed violent conduct.

The Portuguese player, who was desperate after not being able to score in the game, stamped on a Polish player in the 90th minute, while Madrid were looking for their fourth goal.

The referee, however, missed the aggression and Cristiano ended the game without even seeing the yellow card, let alone red.

Madrid had taken the lead when Bale battered in a volley from distance and then Karim Benzema made it two after the Welshman set him up.

However former Norwich midfielder Vadis Odjidja-Ofoe curled home a strike for Legia that got them back in it, before Keylor Navas made a mistake which allowed Miroslav Radovic to get on the scoresheet.

Thibault Moulin then sent the unfancied Poles ahead with just a few minutes to go, before Mateo Kovacic scored a late equaliser to save Madrid’s blushes – well, to some extent.

For: Real Madrid suffered an embarrassing draw with Legia Warsaw 3-3