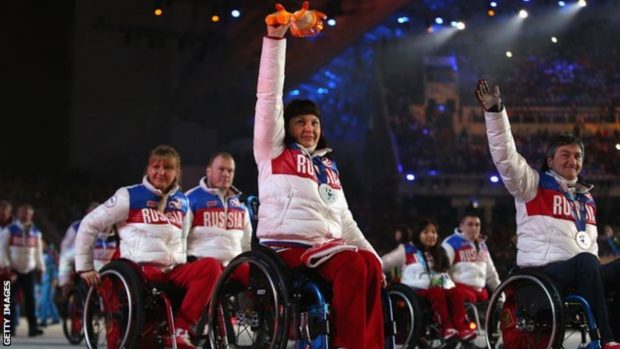 Russia has reacted with fury after a court upheld a ban on its athletes competing in next month’s Paralympics.

On Tuesday the Court of Arbitration for Sport (Cas) upheld the International Paralympic Committee’s (IPC) decision to ban all Russian competitors.

The IPC made the decision after the McLaren report detailed a Russian state-sponsored doping programme.

“Banning our Paralympic athletes from Rio 2016 is a cynical decision motivated by a desire to remove strong rivals,” Mr Medvedev said.

Andrei Strokin, the Secretary General of the Russian Paralympic Committee, said that the mood of the athletes was low, “because often for a disabled person it is the only chance of self-realisation and achieving something in life”.

Long-jumper Vadim Alyoshkin said athletes were “pawns in a big game we have nothing to do with”.

For: Russia calls ban on its Paralympic athletes “cynical”