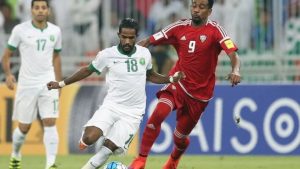 “Militants had plotted to car-bomb a World Cup 2018 qualifying game between Saudi Arabia and the United Arab Emirates in October,” it says.

The Saudi government also said that they had thwarted a second plot directed by IS militants to kill security officials near Riyadh.

“Eight suspects have been arrested from two “terrorist cells”, officials say according to BBC.

“Among them are Saudi nationals, two Pakistanis, a Syrian and a Sudanese, the BBC reported Saudi interior ministry as saying.

According to the BBC, Saudi authorities have also published a list of several more suspects wanted for their alleged involvement in planning attacks in the eastern cities of Qatif and Dammam.