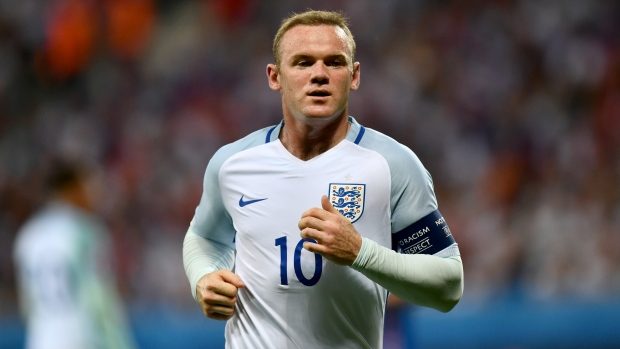 England record goalscorer Wayne Rooney will retire from international football after the 2018 World Cup in Russia.

The Manchester United forward was speaking to the media for the first time since new England manager Sam Allardyce confirmed he would keep the 30-year-old as his captain.

“Come Russia I feel that will be the time to say goodbye to international football,” said Rooney, who has scored 53 goals in 115 England appearances. “My mind is made up.” He added.

“I’ve had a fantastic international career so far. I’ve enjoyed every minute.”

If he plays in Sunday’s World Cup qualifier in Slovakia (17:00 BST kick-off), he will break David Beckham’s record for the most capped outfield England player.

“Russia will be my last opportunity to do anything with England so I’m going to try to enjoy these two years and hopefully I can end my time with England on a high.”

Rooney has not yet discussed with Allardyce what position he will play.

For: Wayne Rooney to quit England’s national team after 2018 World Cup in Russia