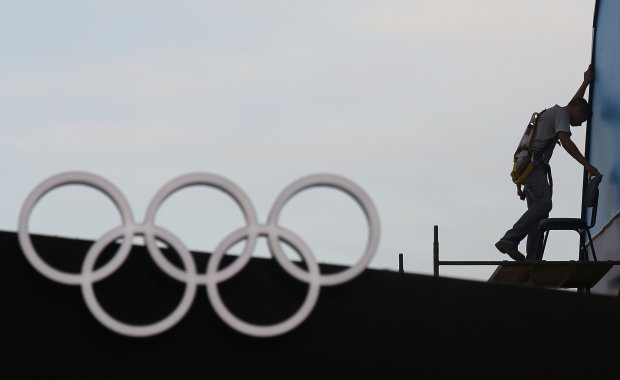 Following her final pre-event visit to the Brazilian host city and after touring a number of venues, Nawal El Moutawakel confirmed that all sports facilities were almost complete.

El Moutawakel said, “Río 2016 is ready to welcome the world”, after meeting with federal, state and city officials from the Rio Organizing Committee last weekend.

“The Olympians can look forward to living in an outstanding Olympic Village and competing in absolutely stunning venues,” El Moutawakel said in statement. “From views of the Corcovado and Sugar Loaf Mountain to the new state-of-the-art facilities in Barra or Deodoro and the iconic Maracanã Stadium and Copacabana Beach, I cannot imagine more spectacular backdrops for the world’s top sportsmen and women to showcase their talents to a watching world,” she added.

El Moutawakel has led the games’ coordination efforts since 2009 but is not concerned about setbacks that have plagued preparations, including an outbreak of the Zika virus, security or the construction of key venues.

After successfully hosting 44 test events, said the Rio team and venues are ready for action, with all the facilities receiving their final Olympic touches before athletes arrive in about two weeks.

El Moutawakel optimism was shared by Rio Mayor Eduardo Paes, who despite being “concerned about everything”, told AFP that he expects an “incredible” event.

“Olympic Games are a very complex event and many things happen at the same time in the city. Today’s problems are not the same as tomorrow … but things are moving in the right direction,” he said.

Some key structures, as the velodrome and equestrian venues have not been completed but El Moutawakel believed they will be ready in time.

The city’s new metro line to transport athletes, spectators and locals from Ipanema to Barra da Tijuca, will also be fully operational for the games, she added.

Paes said the metro would go into service Aug. 1, four days before the Aug. 5 Opening Ceremonies.

Regarding the threat of Zika virus that has caused some big name athletes to withdraw from Rio — including Rory McIlroy, Vijay Singh and Stephen Curry — El Moutawakel pointed out that local authorities and organizers have been working on minimizing the risk to visitors.

The latest advice from the World Health Organization reaffirms that there should be no general restrictions on travel and trade with Brazil, she said.

And the pair of Olympic Games will take place during the winter months of August and September, when the drier, cooler climate that reduces the presence of mosquitoes and the risk of infection.

When it comes to security concerns, Brazilian authorities have reinforced their commitment to a safe and secure games with 85,000 personnel dedicated to the security of the Olympic Village, sporting venues and key infrastructure.

For: Rio de Janeiro ready to kick off the Olympic Games, says IOC