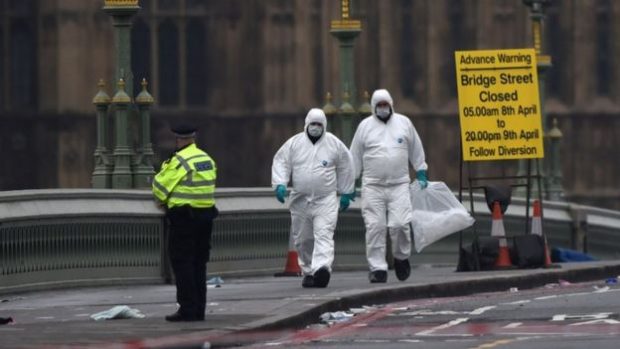 BBC – Seven arrests have been made in raids following the Westminster attack that left four dead, police have said.

Acting Deputy Commissioner and Head of Counter Terrorism Mark Rowley said hundreds of detectives have worked through the night, carrying out searches at six addresses.

Those who died were a woman in her 40s, a man in his 50s, PC Keith Palmer and the attacker, he said.

Seven of the injured are still in hospital in a critical condition.
A further 29 had been treated in hospital, Mr Rowley added.

In the attack on Wednesday, a man drove a car along a pavement in Westminster knocking down pedestrians, leaving dozens injured.

He then stabbed a policeman and was shot dead by police in the grounds of Parliament. 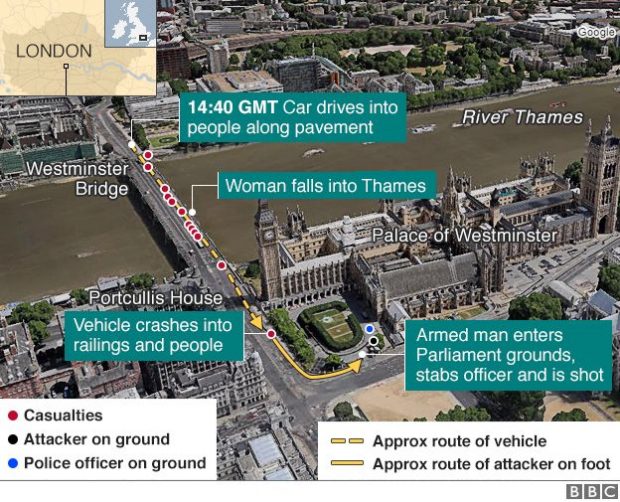