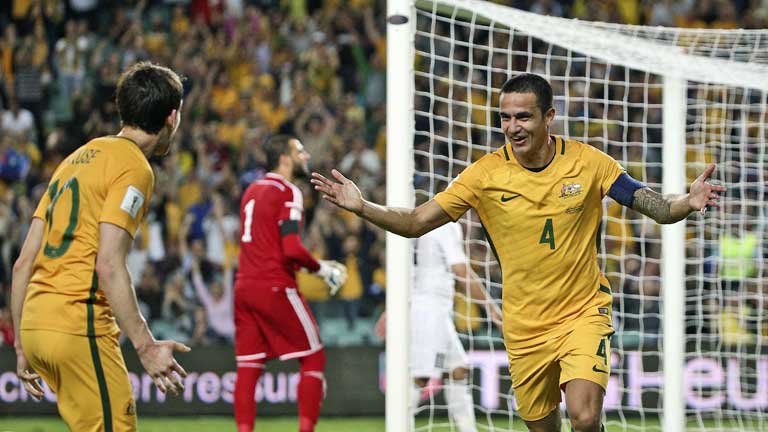 BBC – It was goalless after 90 minutes and Syria’s dreams of qualifying for their first World Cup were fading fast.

Then Omar Kharbin converted a bold, Panenka-style stoppage-time penalty to earn victory over Uzbekistan and make an appearance at Russia 2018 a realistic goal.

Syria, in fourth, move within one point of their opponents in Asian Qualifying Group A.

The top two qualify automatically, with the third-place side advancing to a continental play-off.

As we reported in Syria: Football on the frontline on Wednesday, the Syrians are playing their home fixtures at neutral venues, and Malaysia has been their “home” since last September, the BBC wrote.

Because of economic sanctions, as well as security fears, Syria are forced to play their home fixtures in Malaysia.

For: Syria makes it to World Cup in Russia 2018 for first time in history after beating Uzbekistan